Discover your own adventure in North Central Idaho!

Traveling from West to East –The Nez Perce Adventure Tour is your road to adventure! The 202-mile Northwest Passage Scenic Byway, Idaho’s longest Scenic Byway which is also an All American Road, is considered by most as one of the most scenic and historic routes in America. 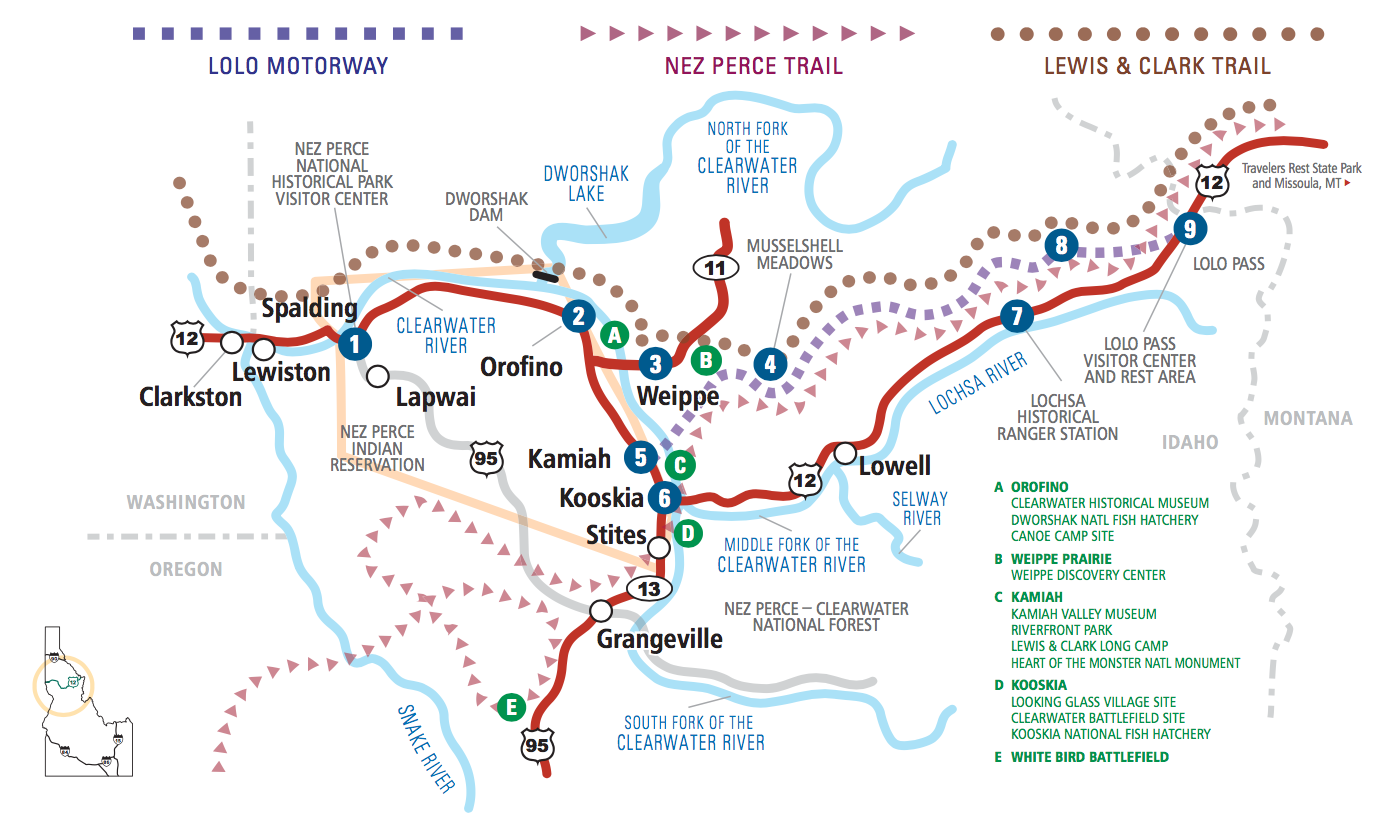 This is one auto tour you will never forget. You’ll follow US Highway 12 along the Clearwater River Canyon, on to the Middle Fork of the Clearwater River and the Lochsa Wild and Scenic River, to the spectacular Bitterroot Mountains, and through the Nez Perce – Clearwater National Forest. This is the legendary route of Lewis and Clark on their way westward to the Pacific and their return trip back home as well as the scenic and historic Nez Perce (Nee-Me-Poo) National Historic Trail. Starting at the Nez Perce National Historical Park near Spalding and continuing east you’ll see the picturesque towns of Orofino, Kamiah, Kooskia, the Clearwater River and Nez Perce – Clearwater National Forest culminating at historic Lolo Pass and the Lolo Pass Visitor Center, a strategic mountain pass that helped shape the America we know today. 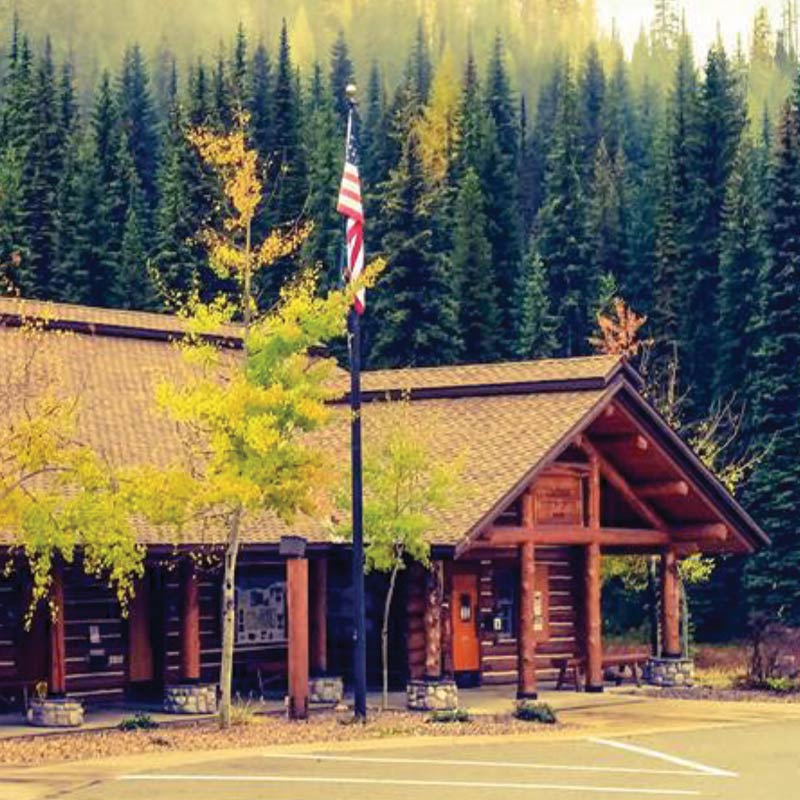 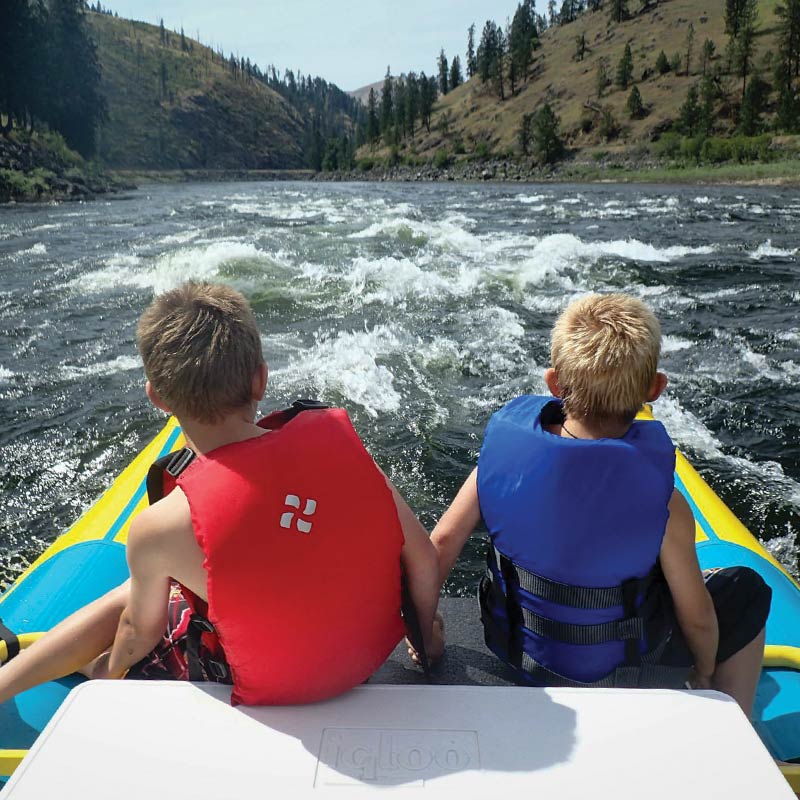 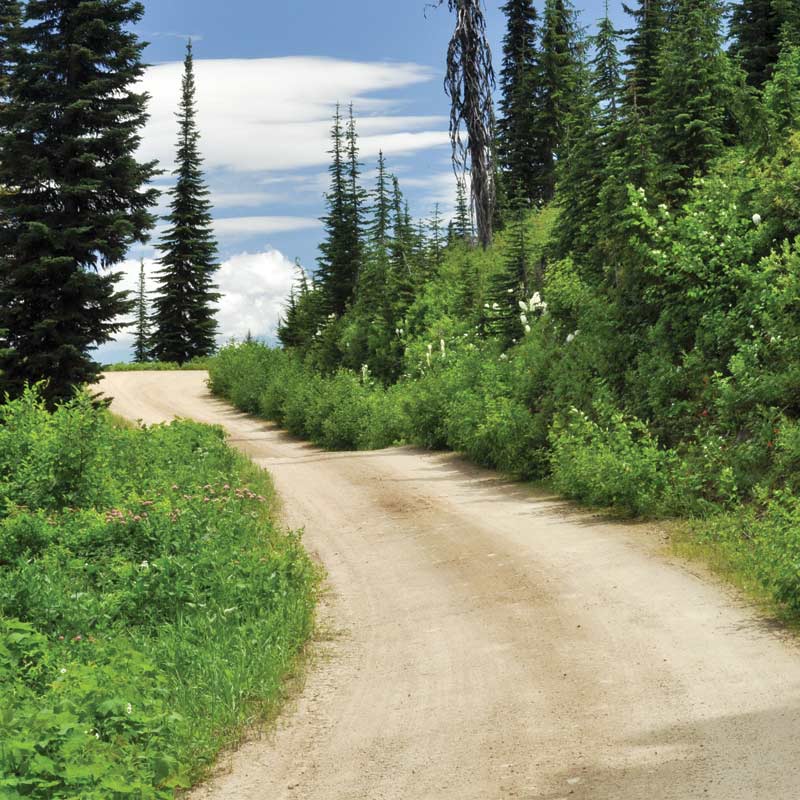 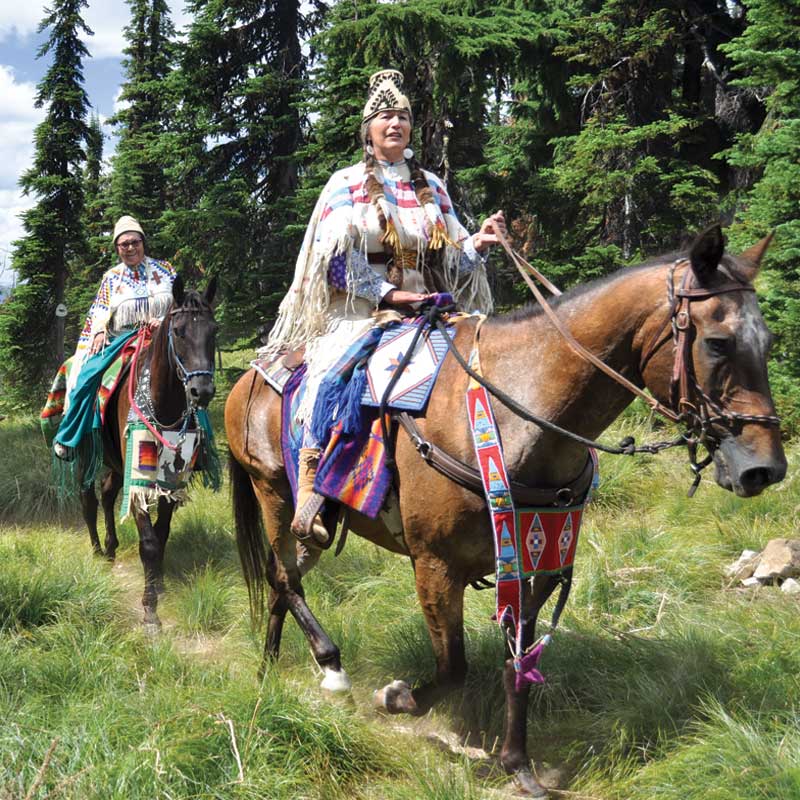 Features a number of displays, priceless artifacts, and programs on the history of the Nez Perce people (Nimíipuu).

Nearby Lapwai is the seat of government for the Nez Perce Indian Tribe and the Bureau of Indian Affairs (BIA) Northern Idaho Indian Agency. Many Idaho “firsts” happened in the historic Lapwai Valley. In 1836, the Nez Perce Indian Mission was established by Reverend Henry Spalding who was the founder of Idaho’s first school. In addition, the Northwest’s first books were printed on the region’s first printing press. At Fort Lapwai, the leaders of the Nez Perce non-treaty bands met to discuss treaty negotiations.

Just north is the 54 mile long Dworshak Lake where boating, camping, hiking, fishing and the Visitor Center make a trip to this lake special. Nearby is the Dworshak National Fish Hatchery which releases millions of fish into the wild each year. Dworshak Dam is an amazing sight to behold. At 717- feet it is the higest straight-axis concrete dam in the Western Hemisphere. History also abounds here. The Clearwater Historical Museum brings to life the exciting history of the Lewis and Clark Expedition with displays, murals, and artifacts on the famed Corps of Discovery and just outside of Orofino is the Canoe Camp Site where the Expedition stopped in 1805 and with the help of the Nez Perce people built canoes for their trip westward to the Pacific.

Lewis and Clark followed an Indian trail through the rugged Bitterroots that had been used for generations for hunting and trade. Idaho State Highway 11.

It was at Weippe Prairie that the Expedition first met the Nez Perce people starting a friendship that began in 1805. The Weippe Discovery Center and living landscape tell this incredible story at the actual place where it happened.

Forest Roads 100 and 535. The site of a traditional Nez Perce Camp which was the first nontreaty Nez Perce camp after leaving Weippe Prairie in 1877.

Kamiah is a wonderful focal point for your Northwest Passage Scenic Byway adventure.

Nestled in a scenic mountain valley along the beautiful Clearwater River, the town is your gateway to a number of recreational opportunities including float trips, fishing, and hiking. Its main business district has a Western and Victorian look and colorful original artwork can be seen on the buildings and parks of Kamiah. The Kamiah Valley Museum features early farming and medicine, Mammoth bones, and authentic crafts made by the Nez Perce. At Riverfront Park you can have a quiet picnic beside the Clearwater and take the Nature Trail upstream. The Kamiah Welcome Center has a Lewis and Clark exhibit. The Kamiah Valley is literally surrounded by history. At Kamiah is the Lewis and Clark Long Camp where Lewis and Clark stopped for a few weeks in 1806 on their return trip back home waiting for the snow to melt in the towering Bitterroot Mountains. You’ll see an interpretive display regarding this event in the Riverfront Park beside the bridge. Near Kamiah is the Heart of the Monster National Monument a major prehistoric site and historic crossing point for the Nez Perce and non-treaty Nez Perce who crossed the Clearwater River at this location during the 1877war. Kamiah also hosts a number of special events occurring throughout the year like the annual Kamiah Free BBQ Days held in early September.

Kooskia is often referred to as the

“Gateway to the Wilderness.”

Kooskia was initially settled as a farming community but the town quickly became a destination for lumberjacks, trappers, and miners. At Kooskia outdoor adventurers can enjoy a peaceful float down the Clearwater River or experience the excitement of a guided raft trip down the Lochsa River. Just south of Kooskia on Idaho State Highway 13 you can follow the South Fork of the Clearwater River and see the historic Clearwater Battlefield site which is one of 38 important sites, 37 of which are located on US Highway 12 in Idaho, Oregon, and Montana. Also located near Kooskia is the Looking Glass Village site. At the Kooskia National Fish Hatchery there is an outdoor interpretive trail relating the history of the 1877war and the flight of the Nez Perce people. This is a unit of the NEPE, and a site along the Nez Perce (Nee-Me-Poo) National Historic Trail.

Going east on US Highway12 you will take the Clearwater River which becomes the Lochsa Wild and Scenic River, one of the last great, wild rivers in America.

As you head east on US Highway 12 you will encounter the twists and turns of the river and will enter into the magnificent Nez Perce – Clearwater National Forest on your way up to the Bitterroots and Lolo Pass. At the Lochsa Historical Ranger Station you can take a self-guided tour back to the days of a Forest Ranger in the 1920s.

The Lolo Motorway, Forest Road 500, can be accessed from the west at Kamiah, Idaho.

Take a right off of US Highway 12 onto the Kamiah-Pierce Road 100 and proceed to the Lolo Forks Campground where you’ll cross a bridge and turn right onto Forest Road 500. From the east take Parachute Hill Road, Forest Road 569, off of US Highway 12 just east of the turnoff to Powell Ranger Station. You can also take Saddle Camp Road 107 near Milepost 140, 27 miles west of Powell Ranger Station. The Motorway provides those with four-wheel drive vehicles with a scenic experience second to none. This is a rugged section of the Lewis and Clark and the Nez Perce National Historic Trails. Contact the Nez Perce – Clearwater National Forest offices at (208) 926-4274 before going adventuring.

The all-log Visitor Center was remodeled in 2003 to resemble an historic, 1930s era Ranger Station. Inside you’ll find exhibits and displays about the Lolo Trail and the natural and cultural wonders in the area. A nearby interpretive trail circles the beautiful wetland area around the Visitor Center. Historic Lolo Pass is at the crest of the Bitterroot Mountains and was used for hundreds of years by the Nez Perce people on their way east to hunt buffalo and by the Salish people on their way west to fish salmon. The Lewis and Clark Expedition also used the Lolo Trail and crossed over Lolo Pass on their historic journey west in 1805 and their return trip east in 1806. In addition to Lewis and Clark, the Nez Perce and the U.S. military also used this historic trail in 1877.